After completing the large LED screen project, my company always left out many bad 16x32 RGB LED Matrix Panel awaiting me to diagnose. I must light up all the LED Matrix in order to find out where is the actual problem Normally I have to use a computer plus a sending card & receiving card as shown in figure below to light up the LED, it is consuming power and very troublesome. By using an Arduino, I'm able to draw graphic such as Lines, Circles, Boxes and Bitmaps on the LED Matrix Panel without using an expensive computer & sending/receiving card. To control the RGB LED Matrix Panel, you need to include the Adafruit RGB Matrix Panel library which is available at GitHub. This is an Arduino library for 16x32 and 32x32 RGB LED matrix panels, you can get more information on how to use the library on the Adafruit web site.

Here is the test code example for this project.

This project is based on Arduino UNO/Duemilanove (ATMega328), however you can use it on Arduino Mega (ATmega2560) with some changes in the pin configuration. Here is my Arduino PCB design and power cable. The power cable is made for two different types of power connectors as shown in figure below. 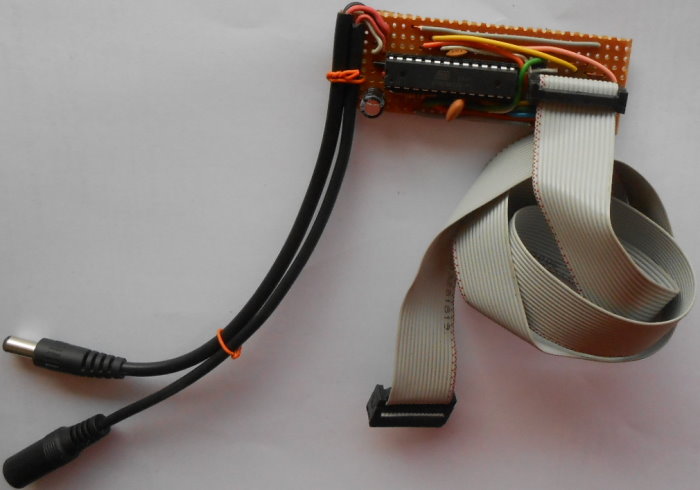 This is the 16x32 RGB LED Matrix schematic, I get it from the China website. More in this category: « Raspberry Pi Digital Signage Arduino based Electronic Queuing System »
back to top
Back to Top