You might want to remove some applications to free up some space on SD card. Use the following syntax to uninstall a program
An example to remove Scratch program
Published in Tutorials
Tagged under
Read more...
Tuesday, 10 June 2014 14:52

Raspberry Pi (Model B) is a single-board computer that uses an ARM 11 (ARM1176JZF-S core) processor running at 700MHz (it can overclock up to 1GHz) with 512MB RAM.
This article shows you how to turn your Raspberry Pi into a cheap, browser based digital signage solution. It covers setting up a mini webserver on using the lighttpd+PHP web server and also how to start a web browser without a desktop environment.
I will use Midori as the web browser since it is a default browser that is found in Raspbian (a free operating system based on Debian optimized for the Raspberry Pi).
Published in Projects
Tagged under
Read more...
Thursday, 22 May 2014 09:56

Edit the crontab file
Put this line at the end of the file. This will turn off display at 5.30PM and turn on display at 8.30AM
Crontab syntax:
Published in Tutorials
Tagged under
Read more...
Wednesday, 21 May 2014 12:46

Edit the crontab file
Put this line at the end of the file. This will reboot the Raspberry Pi at 1.30PM every day.
Crontab syntax:
Published in Tutorials
Tagged under
Read more...
Sunday, 18 May 2014 11:38

Edit /etc/network/interfaces
Change  iface eth0 inet dhcp to iface eth0 inet static and add the following settings just below it:
Here is an example:
Finally, reboot the Raspberry Pi.
Fixing DNS problems
DNS is the service that converts the website URL, i.e. www.goggle.com into the IP address (173.194.126.36) that is needed for actual communication.
Check your DNS entrie
Here is an example of the output
The nameserver should same as your gateway (your modem IP). If the nameserver and the gateway is different, you should modify the /etc/resolv.conf file and change the nameserver to your gateway IP.
Published in Tutorials
Tagged under
Read more...
Monday, 05 May 2014 17:37 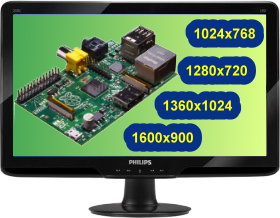 View the current display configuration
View the /boot/config.txt settings
Get the list of what is supported by your monitor:
Published in Tutorials
Tagged under
Read more...
Monday, 05 May 2014 11:59 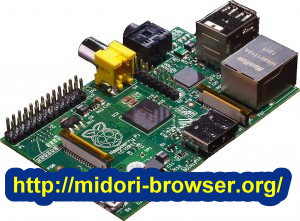 To start the Midori in full screen mode, use the following command:
xinit /usr/bin/midori -e Fullscreen -a http://domain/homepage.html
However it is not in full screen mode, it just fill up about quarter size of the screen. To fix this problem, Midori must run on a windows manager. Here is the solution:
Published in Blog
Tagged under
Read more...
Sunday, 04 May 2014 20:43 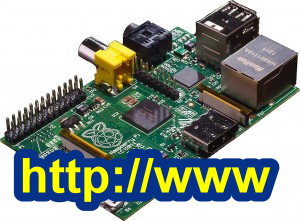 Lighttpd is a lightweight web server, with all the essential functions of a web server, PHP is a server-side scripting language designed for web development but also used as a general-purpose programming language. This is a quide on how to install Lighttpd and PHP on a Raspberry Pi.
Prerequisite
Published in Blog
Tagged under
Read more...
Sunday, 04 May 2014 11:02